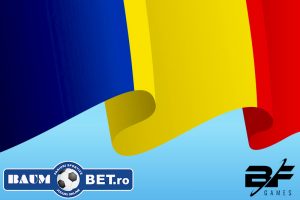 The deal has seen Baumbet go live with BF Games’ entire, ever-growing games library, including player-favorites Book of Gods, Hot Classic, and Crystal Mania, among others.

In addition, titles from the supplier’s Remastered series have also become available to Baumbet’s players. The series includes revamped and enhanced versions of some of the iGaming studio’s most popular titles.

BF Games’ partnership with Baumbet strengthens significantly the game maker’s footprint in Romania. Baumbet is a well-known name in the local market. The company has been operating retail betting outlets for more than two decades and has recently begun building its online gaming brand.

BF Games first entered the Romanian market this past January when its content went live with MaxBet.ro, another major locally licensed iGaming brand. The online casino supplier was able to premiere its games in Romania after it obtained a license from the local gambling regulator, the Romanian National Gambling Office, late last year.

The London-based iGaming studio also holds licenses from the Malta Gaming Authority and the UK Gambling Commission and its content is available in some of the largest regulated markets.

Thrilled to Further Expand in Romania

Commenting on their partnership and going live with Baumbet, BF Games Head of Business Development Claudia Melcaru said that their games portfolio has been received extremely well by Romanian players and that they are thrilled to be able to further expand their reach in that market.

Ms. Melcaru went on to say that this latest partnership demonstrates the demand for BF Games-produced content in Romania.

Baumbet COO Daniel Cordos said that BF Games has a “solid portfolio of games” that appeal to a wide range of players, and that the studio’s content already boasts a proven track record in Romania and that they are thrilled to have added its ever-growing portfolio to their existing offering.

BF Games’ partnership with Baumbet was the latest of a slew of commercial deals signed by the provider in recent months. In April, the company celebrated its entry into the Lithuanian market through a content delivery deal with Uniclub Casino.

Over the summer, BF Games also expanded its presence in Georgia through a duo of deals, first with Crocobet and later on with Leader Bet. The iGaming studio has also been able to debut its content in the regulated Latvian market through a partnership with locally licensed operator Klondaika.