In a per-1994 era, casino enthusiasts could not test their luck on chance-based games from home en route to real money rewards. The best they could do is play video games that simulated casino gameplay. By today’s standards, most titles from that period are rudimentary and hard to look at, but that does not mean that they are not fun to play. Below we list some classics from a bygone era that have a soft spot in gambler’s hearts.

In 1994, Antigua and Barbuda passed the Free Trade and Processing Act, making it possible so that people can play casino games via the internet for money prizes. Two years following this event, the first UK online casinos appeared, as the number of digital gambling platforms rose to two hundred. Today, this figure stands above three thousand, with competition growing fiercer year-on-year.

Released in 1989 by Japanese company Sofel, Casino Kid is an ever-green of the NES (Nintendo Entertainment System) gaming epoch. In Japan, it got released under the name $1,000,000 Kid: Maboroshi no Teiou Hen, given that it is based on the manga of the same name. The game’s story takes place in Las Vegas, where your goal is to defeat the evil casino king by beating him in games such as blackjack, five-card draw, slots, and roulette. Though, the latter two were absent from the North American version. In the Japanese one, you play at Vegas’ Golden Nugget casino. However, for a fee, it was possible to visit venues located in New York and Japan. It was by far the superior product of the two.

Developed by HAL Laboratory for the Super Nintendo Entertainment System (SNES), Vegas Stakes emulates the thrills of gambling and many of its social aspects. It lets you play blackjack, craps, poker, roulette, and slots as you unlock gaming locales by rising in status from casual player to high-roller. However, you have to watch out because random casino floor encounters could lead to patrons pickpocketing you and depleting your funds. Vegas Stakes was also available for the Super Game Boy, and it is the sequel to Vegas Dreams for the NES. 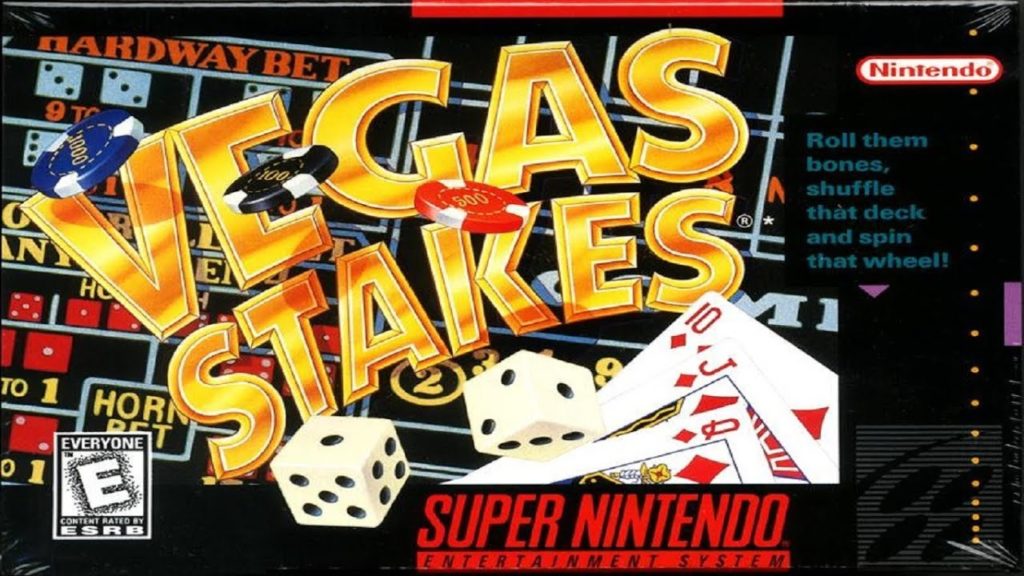 Now, this is the most recent game on our list, released in 1998 by Electronic Arts. Westwood Studios, the creative minds behind the Command & Conquer series, developed it for the Nintendo 64 system. It is unique because it is the only gambling game ever for the Nintendo 64 to hit stores in the US and Canada. Those that were lucky enough to pick it up enjoyed ten casino-style games, including Texas Hold ‘em and video poker. IGN praised Golden Nugget’s gameplay and graphics but hated its soundtrack, which featured an irritating piano score, that everyone hated. You would start the game with a balance of $1,000, and with luck and skill on your side, you would hope to grow this figure by playing at a virtual representation of one of Sin City’s most famous gaming establishments.