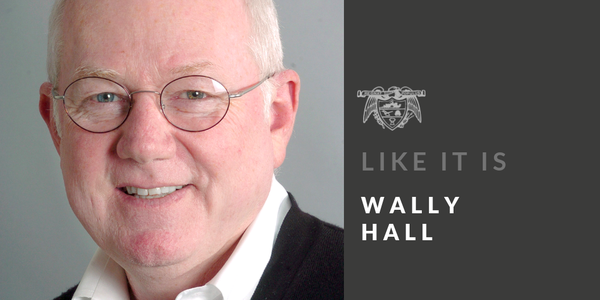 These are not the best of times for thoroughbred racing.

Sure, the pandemic screwed up the racing dates and fans aren’t allowed to be fans in-person right now, but it runs a little deeper.

One of the industry’s leading trainers is under a cloud of suspicion as his horses continue to test positive too much for certain drugs.

Bob Baffert’s 2020 problems didn’t start on the final day of Oaklawn when not one, but two of his horses tested positive for a banned substance. That just brought the issue into more light.

He’s still battling his 15-day suspension from Arkansas stewards that would have run Aug. 1-15.

More on Baffert in a minute.

Oaklawn Racing Casino Resort has announced it is joining the Arkansas Racing Commission and Arkansas Horsemen’s Benevolent and Protective Association to support even tougher guidelines for the 2021 season, which will be the richest meet in history.

All sorts of new guidelines will be in place, including the testing of horse hair for the first time.

In a world threatened by scandal, Oaklawn is taking the lead to make sure racing is safer, more fair and more transparent.

One might have thought Oaklawn President Louis Cella would have been plenty busy as the $100 million luxury hotel, event center, spa and additional dining are in the stretch run.

Nope. The integrity of racing always has been at the core of the Cella family’s beliefs about thoroughbred racing.

The stewards had the fortitude to suspend Baffert and take down Charlatan, winner of a division of the Arkansas Derby, as well as Gamine, a winner of another race that day.

Both purses were forfeited.

Gamine went on to win the Acorn Stakes at Belmont Park by 19 lengths, and a few weeks later tested positive for a banned substance again.

The thoroughbred industry has never needed leadership like Cella’s and Oaklawn’s more than it does now.

One of the worst things about working remotely from home are the political ads on TV.

Sick of them all and ready for Tuesday.

One item that is on the Little Rock ballot that isn’t being advertised, because there is no budget, has a lot to do with local athletics.

Under the list of names running for the school board, there is an option to vote for or against the continuation of a school millage.

It is not a new millage.

It is not being made permanent.

It is about keeping it in place and allowing the Little Rock School District to add all-weather tracks and turf fields.

It will allow for way-past-due upgrades to lighting, and will add smartboard technology.

Anyone who follows high school sports can see public schools in Little Rock have not been up to par in football for several years.

Seldom, if ever, have the Arkansas Razorbacks not had great football teams without players from Central Arkansas.

Of course, the millage is more about academics than athletics, as it should be, but it is there to help the Rock compete on all levels.

If it were a new or permanent millage, it probably wouldn’t be mentioned in this column, but since it will go a long way to help athletics as well as academics at a time when Little Rock needs something positive, well, that’s the only reason it is mentioned here.