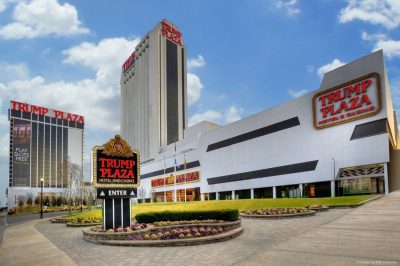 One of the former Atlantic City casinos of President Donald Trump, Trump Plaza, is set to be demolished in January 2021. Now, everyone will have the chance to press the button that will bring the abandoned building down for the right amount of money.

The demolition of the building, which was once been one of the most iconic gambling venues in Atlantic City, is set to become a fundraising event. The profits raised will got to the Boys & Girls Club of Atlantic City and the Mayor shared hopes that the event will raise more than $1 million.

The former casino started operation in 1984 and was owned by President Donald Trump. However, Trump Plaza was shut third years later – in 2014 – and the building was left unoccupied until, eventually, it got in such a state that could no longer be repaired and the best decision for the place was to bring it down. Demolition work started earlier in 2020, with the remainder of the once iconic building set to be brought down on January 29th, 2021.

Mayor Marty Small now explained that he is willing to use the demolition of the place to actually raise some money for a local charity organization. 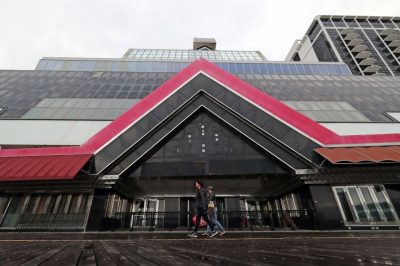 As it was revealed this week, a professional auction company to manage all potential bids from December 17th to January 19th was hired by the Boys & Girls Club of Atlantic City, which is set to get the financial contribution. Then, the largest money offers will be revealed and a live auction is set to be held in order to determine who will press the button that will blow out the place that has become one of the most controversial buildings in Atlantic City in the last few years.

The organization, which is set to get the money contribution of the demolition auction, provides local children and teenagers with various education programs, as well as summer and after-school recreation programs or events associated with career orientation.

At the time when Donald Trump built his real-estate empire, he used a prime location at the very center of the Boardwalk of Atlantic City to establish the casino that quickly turned into one of the iconic spots associated with the place. As CasinoGamesPro previously reported, the casino ceased operation in 2014, becoming one of the four Atlantic City casinos that closed that year. Two years later, another former Trump casino – the Taj Mahal – followed suit and ceased operation, too. The Taj Mahal casino, however, has managed to go live again since its reopening as the Hard Rock Casino. Trump Marina, the third gambling venue that President Trump once owned there, now operates as the Golden Nugget after being sold to Tilman Fertitta, a Texas billionaire, in 2011.

Now President Donald Trump cut most of his ties with casino gambling in Atlantic City in 2009 apart from getting a 10% tax for the use of his name on the then three AC casino venues associated with him. He lost that stake in February 2016 when Carl Icahn became the company’s owner.

The Trump Plaza casino was left unoccupied for six years and the condition of the building has gotten worse. Earlier in 2020, a few large pieces of its facade crushed to the ground, triggering a wave of discussion that ended up with Mayor Small saying that the building is dangerous and needs to go once and for all.