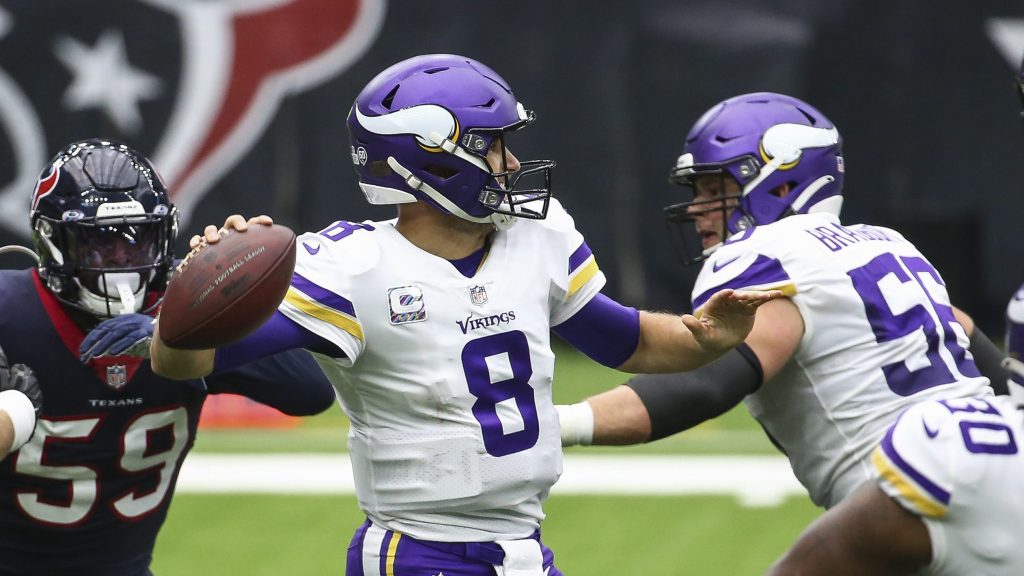 The Atlanta Falcons (0-5), who were locked out of their facility this week due to positive COVID-19 tests, look for their first win of the season when they travel north to play the Minnesota Vikings (1-4) at 1 p.m. ET Sunday at U.S. Bank Stadium. Below, we preview the Falcons-Vikings Week 6 betting odds and lines and make our NFL picks and best bets.

Bet $1 on any team’s money line Sunday, WIN $100 (in free bets) if any team scores a touchdown during Sunday’s action. Place your legal, online sports bets in CO, IN, NJ and WV at BetMGM, The King of Sportsbooks! Terms and conditions apply. Bet now!

Minnesota’s number (-200) is pretty stiff and too much to give up for a team that is 1-4. Atlanta has the firepower on offense to make a small bet at +175, but the best option would be to AVOID this bet altogether.

Minnesota is a 4.5-point favorite. This is a difficult point spread because Minnesota could be up by 11 late and Falcons QB Matt Ryan is the 2020 king of garbage time yards and points at the end of games that have already been decided. Begrudgingly take the VIKINGS -4 (-110) to win by at least 5 points.

Another tough number at 53.5 considering both Cook and Jones could be missing from this game. Both secondaries are so brutal and susceptible to giving up big plays over the top, Ryan and Vikings QB Kirk Cousins could both post big numbers against defenses ill-equipped to stop them. Take the OVER 53.5 (-110).

40 names to watch for Falcons GM and head coaches in 2021 (Falcons Wire)
Vikings 2020 undrafted free agent class: Where are they now? (Vikings Wire)