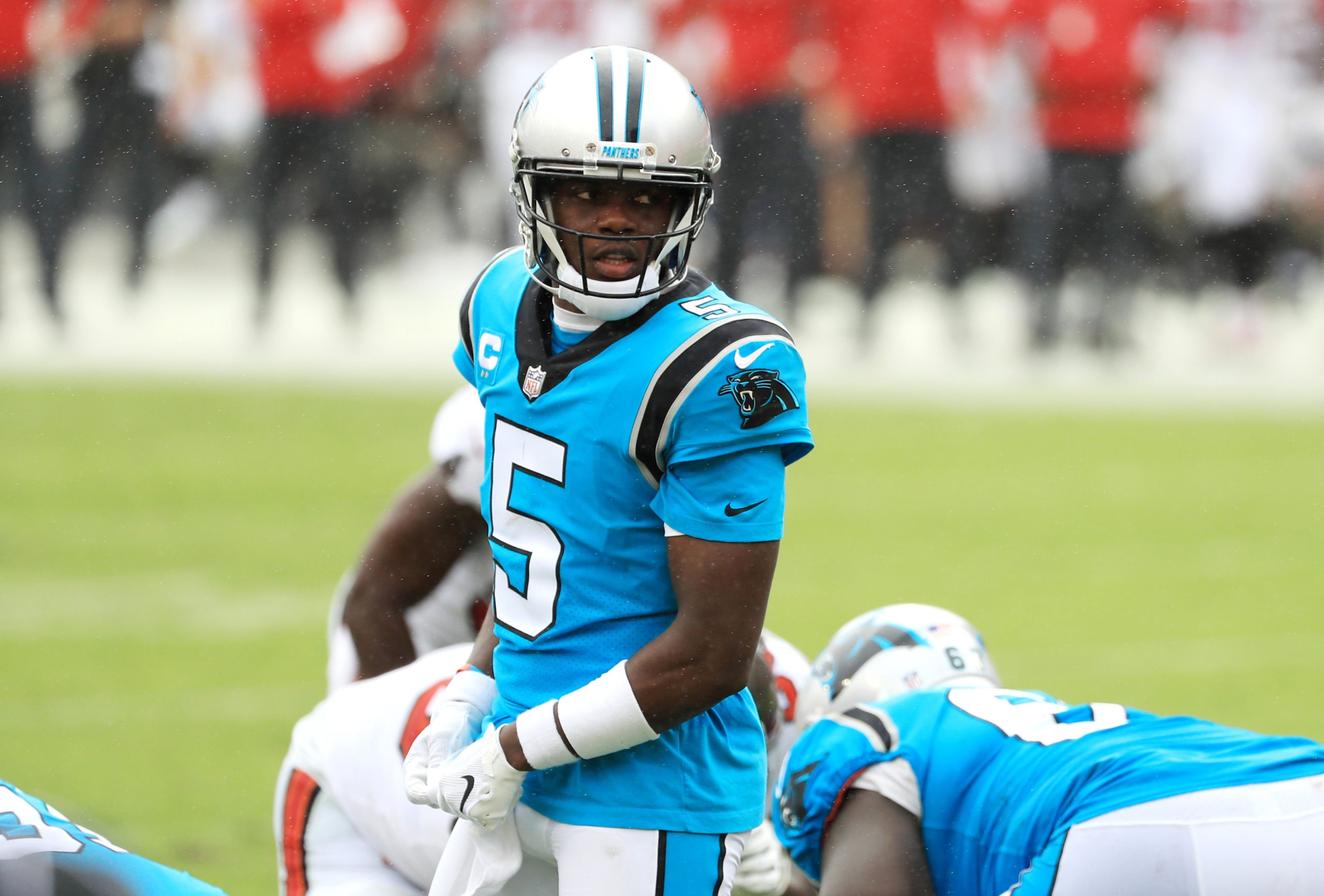 The one-win Atlanta Falcons are heading to North Carolina for a divisional matchup against the Panthers on Thursday night. The Panthers are coming into the matchup with a 3-4 record.

Even the Panthers have won two more games than the Falcons, both teams are desperate for a win. Carolina and Atlanta are sitting at third and fourth, respectively, in the NFC South.

The Panthers are coming in as three-point favorites over the Falcons. The moneyline has been set at -148 for Atlanta and +126 for Carolina. The over/under for the contest is 51 points.

Atlanta’s season has been defined by mental errors. They’re not a good football team, but they haven’t helped themselves this season. I don’t believe the issue is talent with Atlanta as much as they don’t know how to finish games.

If you think back to Week 2, they allowed the Cowboys to recover an onside kick. This resulted in a last-second loss. Even after firing former head coach Dan Quinn, they’re still making game-losing mental errors.

This week, Todd Gurley chose to score a touchdown instead of falling down. If he would’ve fallen down, the Falcons could’ve run down the clock and kicked a game-winner. Instead, the Lions went 75 yards in 64 seconds with no timeouts to win. Gurley’s error is no excuse for the defense blowing the game, but it still didn’t help the team’s cause.

Do you want to become a bookie agent?

I believe that Panthers first-year head coach Matt Rhule deserves an award for his leadership early in the year. All-Pro running back Christian McCaffrey went down in Week 2 against the Buccaneers. The team didn’t look good with McCaffrey, but they’ve found ways to improve and manufacture big wins this season.

After an 0-2 start, they pulled off three big wins in a row. The NFL scores shows they’ve dropped close games the past two weeks to the Bears and the Saints. Those teams have a combined record of 9-3 on the year.

The Panthers have been in every game this season in the fourth quarter. Like the Falcons, they need to learn how to finish games. Despite this, with Teddy Bridgewater playing great and McCaffrey’s return in the coming weeks, the future looks bright for Carolina.

Carolina and Atlanta are at the bottom of the standings, so expect both teams to bring it on Thursday night. Carolina will still not have McCaffrey, but it has learned to win without him in the lineup.

Carolina’s offense is coming together as of late. Bridgewater is learning how to carry the load, and it has been showing on film. He was stellar last week against the Saints on the road. He’ll need to bring this same effort for his team to cover and for the over to hit this week.

Atlanta’s defense has been awful all year long, especially their pass defense. If Bridgewater plays to his capability, I like Carolina a lot more than Atlanta. With what Atlanta has done repeatedly this season, I can’t trust this team to win until I see some improvements.

For my free NFL pick, I’m taking Carolina at -3 and over 51 points.