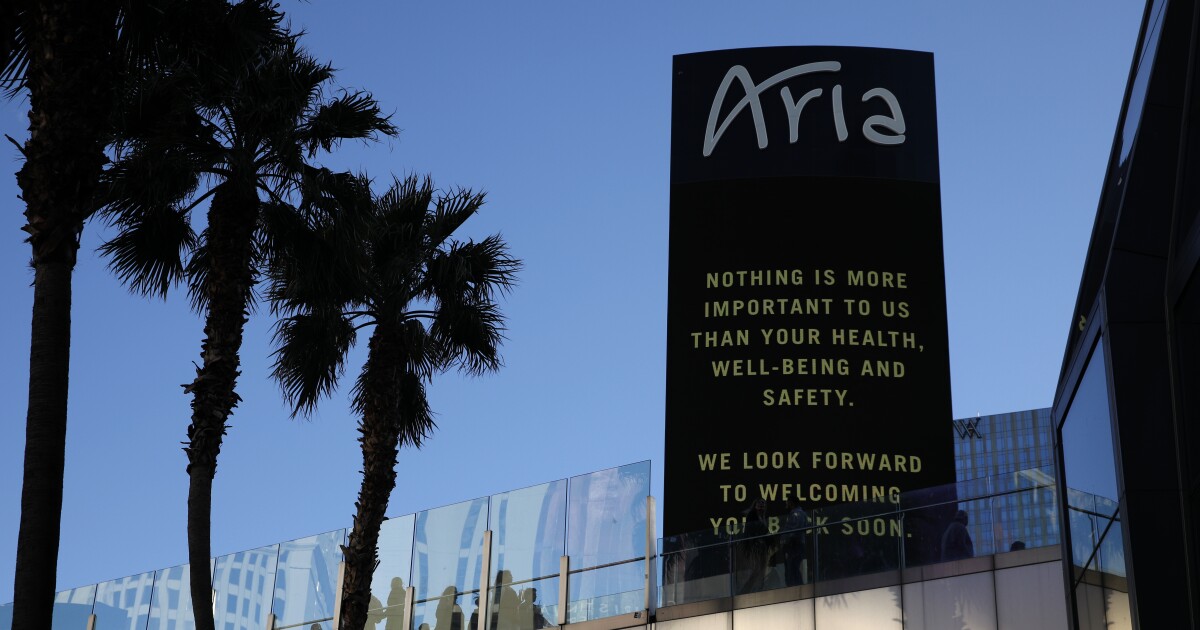 LAS VEGAS (KTNV) — Aria hotel-casino in Las Vegas and Eureka Owl Club in Eureka each received penalties from the state for COVID-19 safety violations last week, according to the Division of Industrial Relations’ Nevada Occupational Safety and Health Administration, also known as OSHA.

The report details are as follows.

The citation to Aria Resort & Casino was issued after an investigation was initiated as a result of a complaint or referral filed with Nevada OSHA alleging workplace safety hazards.

“Aria has been cooperating with Nevada OSHA and plans to contest the citation and penalty because it does not believe it has violated any safety laws. There is no higher priority than the health and safety of our guests and employees and nothing we take more seriously. Our Seven-Point Safety Plan has clear policies for maintaining safe distances and other important protocols. Our employees are trained extensively and held to high standards. We will continue reinforcing these protocols and keeping them top of mind for employees and guests.”

The citation to Eureka Owl Club LLC was issued after officials observed noncompliance with one or more requirements of general and industry-specific guidance and directives during both an initial observation and a follow-up visit by division officials. The employer was provided notice and a request for compliance during the first visit. Upon observation of ongoing non-compliance during a follow-up visit, a formal investigation was opened with the employer. The violations were substantiated during the investigation and a notice of citation of penalty was issued.

Nevada OSHA has issued a total of 177 notices of citation and penalty related to violations of required COVID-19 health and safety measures in effect since mid-March.

In light of increasing COVID-19 infection rates in the state, the Division has modified its enforcement practices in counties that have met at least two out of the following three criteria as identified by the COVID-19 Mitigation and Management Taskforce for elevated disease transmission:

In these counties, if violations are observed by OSHA officials during the initial visit to a business establishment, an inspection will be opened with the employer. If the violations can be substantiated during the investigatory process, a citation will be issued. A written notice will also be issued indicating that in the event of future noncompliance, the Administrator may issue an order requiring the business to cease operation at that location during this state of emergency under NRS 618.545(1) until the business has established and implemented operating procedures to come into compliance.

A follow-up visit will be conducted at cited businesses to verify that the violative conditions cited during the initial visit have been corrected. If the business is in compliance at that time, no additional action will be taken.

During the week beginning October 26, officials conducted 102 initial visits across the state at a wide range of business sectors finding an 86 percent compliance rate statewide.

Cities with compliance rates below the statewide average last week include:

Business sectors with compliance rates below the statewide average during the week beginning October 26 include:

Since observations to determine compliance with mandated health and safety measures began, DIR officials have conducted 1,843 follow up visits finding a 95 percent statewide compliance rate with a 97 percent compliance rate in northern Nevada, and 93 percent in the south.

In addition to the field observation process, Nevada OSHA continues to respond to complaints and referrals regarding face coverings, social distancing, cleaning and disinfection, and other areas of concern related to COVID-19 received by their offices. Of the 4,454 complaints received, 28 percent of the complaints concern general retail followed by 18 percent for restaurants and bars, 8 percent about medical facilities, 6 percent concern casinos and gaming, and 5 percent for general retail.

The top five zip codes for complaints, to-date, include:

Workplace health and safety complaints can be reported to the Division by filing an online complaint at osha.gov.

The Division’s Safety Consultation and Training Section (SCATS) also offers free consultations to businesses to help them understand and implement the requirements in order to comply with the health and safety guidance and directives for all businesses, and specific requirements for each industry. SCATS can be reached by calling 1-877-4SAFENV.