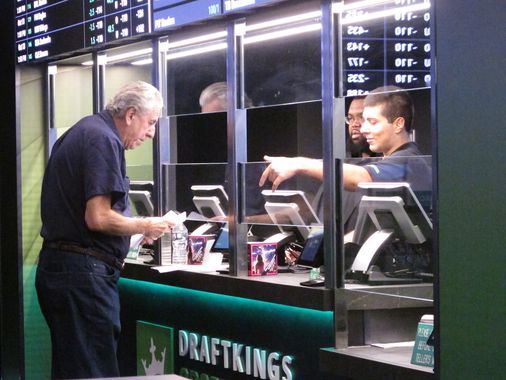 After nearly three years of debate over whether to legalize sports betting in Massachusetts, there are some signs in the Legislature that the long-stalled issue may finally be gaining traction.

Several bills are under consideration, including one proposed by Republican Governor Charlie Baker. And on Friday, it appeared that the prospects for legalization were improving in the Senate, where the issue died last year.

Senator Eric Lesser, a Longmeadow Democrat who is cochairman of the committee that has been reviewing the issue, introduced a bill to allow sports betting online and at casinos and race tracks — though not on college contests. He said he believes the state can open up a market that protects consumers and athletes, and he would like to act quickly.

“The vast majority of people are just looking to have a little bit of fun and bet on their favorite pro sports team in a social way, and we want to make that safe and legal,” Lesser said.

The Senate has to this point been proceeding deliberately on sports betting. The House last year included sports betting legalization in a wide-ranging economic development bill, but dropped it in negotiations with the Senate.

Earlier in the session, when the Legislature’s Joint Committee on Economic Development and Emerging Technologies advanced a sports betting measure, the Senators on the panel declined to sign on. Lesser, who is the Senate chairman of that committee, said at the time that members were not ready to move forward.

On Friday, he said he believes the issue would have been worked out last year if not for the COVID-19 pandemic, which shifted legislative priorities dramatically. While the crisis continues to be a focus, Lesser said sports betting could potentially be part of the response.

“If fashioned and if implemented correctly, this issue can be a tool, and a source of recovery for the state,” said Lesser, who said sports betting could produce a helpful boost in state revenue. He said he had not yet received an estimate for how much tax income his bill would generate. Baker’s bill, which also would not allow bets on college games, is projected to generate $35 million.

Lesser’s bill would limit play to people at least 21 years old. It would impose a 20 percent tax on sports betting revenue collected by casinos and tracks, and a 25 percent tax on online-only sports books and the operators of daily fantasy sports games.

The elongated debate here is proceeding as dozens of states already have legalized sports betting or are moving toward doing so following a 2018 US Supreme Court decision that allowed the practice to expand broadly beyond Nevada. Rhode Island and New Hampshire are among the states in the region that have programs up and running.

Lawmakers have differed in various aspects of their approach to legalization — including on how to handle college games — but most proposals, including Lesser’s, allow for regulated casinos in the state to open sports books onsite and to run online betting programs. A select group of online-only providers, likely including Boston-based DraftKings, would be able to offer games, too. The Massachusetts Gaming Commission would oversee the industry.

Opponents of legalized sports betting have said that they are concerned that the increasing availability of online gambling options could make it easier for people to suffer big losses without leaving their homes, and some worry about the potential for corruption in sports.

Supporters point to the wide availability of unregulated offshore betting sites that gamblers can access online, and they say a strong regulatory structure here will protect consumers from potential harms.

On Friday, Representative Jerald A. Parisella, a Beverly Democrat who recently took over as House chairman of the economic development committee, said he expects sports betting to be a major topic of conversation.

“We’re going to do our best to get a good quality product that, hopefully, all parties support and makes sense for the commonwealth,” Parisella said.