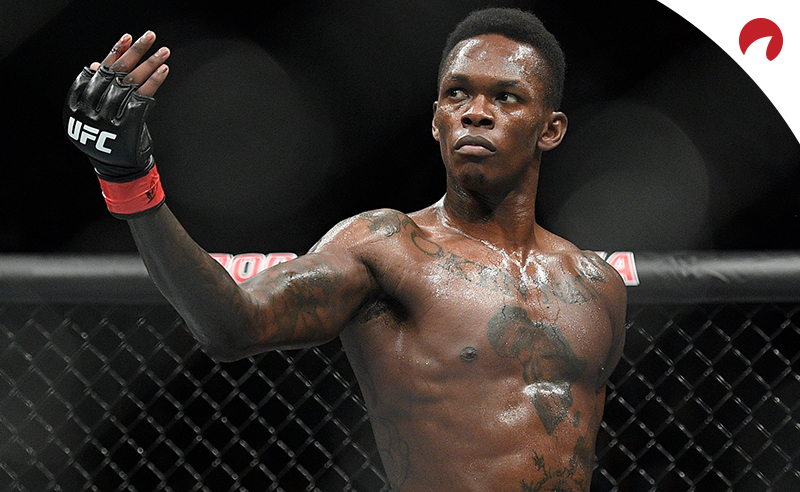 Oh boy, do we have a big fight lined up for the early stages of 2021 with middleweight champion Israel Adesanya moving up a weight class to challenge Jan Blachowicz for the light heavyweight championship.

This fight will headline UFC 259 on March 6 at the UFC Apex Center. Adesanya vs Blachowicz will follow two other title fights on that card, with Amanda Nunes defending her featherweight belt against Megan Anderson and Petr Yan making his first bantamweight title defense against Aljamain Sterling.

With Adesanya vs Blachowicz odds now available, some might be surprised to see the middleweight champion as a moderate favorite and the light heavyweight king as a decent underdog.

Online sportsbook Bovada has released Adesanya vs Blachowicz odds and Izzy is the -265 favorite with Jan the +205 underdog. That means you would have to wager $265 on an Adesanya win to profit $100, while a $100 bet on Blachowicz to win would profit you $205.

Odds as of February25 at BetOnline

Not familiar with betting on the fights? Be sure to check out our UFC betting guide to help you get in the action. Also, keep an eye on our UFC odds page for the latest up-to-date betting lines.

The undefeated middleweight champion has become accustomed to being the betting favorite heading into the Octagon. He has been the chalk in eight of his nine UFC bouts, closing only as a slight -105 underdog against Robert Whittaker when he won the strap. That said, the -265 betting line would be the shortest for “The Last Stylebender” since he fought Anderson Silva as a -500 favorite four fights ago.

As frequently as Adesanya has been a favorite, the light heavyweight champ has been an underdog almost as often. In Blachowicz’s 15 UFC bouts, he has entered the cage at plus money 10 times, closing as a favorite of more than -200 only once. If you’d bet $100 on all of Jan’s 15 UFC bouts, you would have profited $937.00. Could backers be in for yet another Polish Power upset?

The challenger, Adesanya, has an outstanding knowledge of range and his reflexes are remarkable both offensively and defensively. He has tremendous counters when his opponents engage with him, constantly setting traps to open up opportunities to land heavy on his foes and often shutting their lights out.

The Last Stylebender is very difficult to hit, throwing kicks to maintain distance, while also having incredible head and foot movement to avoid damage. Having been taken down in the past, his grappling skills have been questioned, but he hasn’t really been challenged of late and he recently showed on social media that he’d earned his purple belt in jiu-jitsu.

As for the light heavyweight champion, Blachowicz, talk about a stiff test for his first title defense. He stands much more flat-footed, looking to land heavy in striking exchanges and confident his Polish Power will put opponents away if he lands clean. A really effective weapon for Jan is his left body kick, a tool he used on Dominick Reyes that damaged him in the first round.

Defensively, Blachowicz doesn’t overextend himself very often, staying within himself. That keeps him relatively safe, though at times in the pocket he will drop his trail hand, which leaves him open for a counter.

The biggest factor for me in this fight will be the speed. I anticipate Adesanya being much quicker and using kicks to try to draw out an attack from Blachowicz, making him chase, which could get him in trouble.

If Jan can stay composed, not overextend himself and find opportunities to get in striking exchanges, he may be able to earn Adesanya’s respect and set up a chess match. If not, this could be a fight similar to the Adesanya-Paulo Costa fight, though I think it’ll be a more even war.