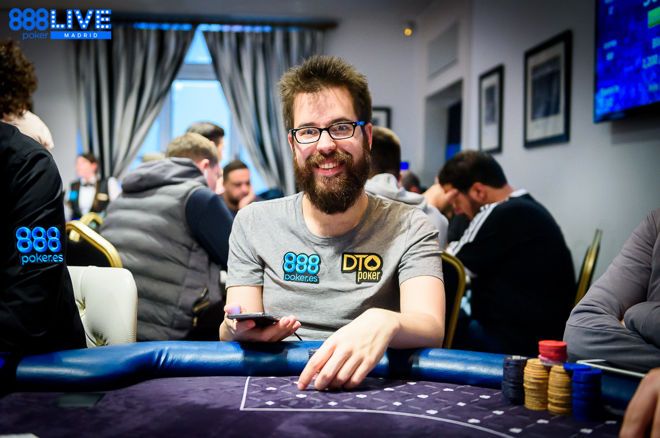 After a fast Day 2 that took less than 8 hours to complete, 888poker ambassador Dominik “888Dominik” Nitsche has emerged the winner of 888Millions Superstorm Main Event – $1,000,000 GTD. He battled through a total field of 3,196, and 567 returning Day 2 players to take down the top prize of $121,146 after the final four players made a deal to soften the steep money jumps at the top.

Nitsche came into the day with one of the shorter stacks with less than seven big blinds, but he worked the same magic that has earned him more than $18 million on the live circuit to spin it up to the win. The win was a very nice way to celebrate his 30th birthday as well.

Read back how Nitsche won the Superstorm Main Event on his birthday!

Action of the Day

They were on the money bubble shortly after the first break, and it burst quickly, with “junijuniorz” the unfortunate player to bust in 301st place. Jacobson was one of the players to fall before the bubble, but Marquez spun her 44K starting stack into a 219th place finish for $700 as action picked up after the bubble.

An hour after the bubble they were down to 150 players, and under 100 less than 30 minutes after that. Things didn’t really start to calm down until they were under 30 about an hour later.

It took about 2 hours to play down to the final table, losing players like Tom “sheeeeeeeeet” Hall, Fabrizio “DrMikee” Gonzalez, Ricardo “ricardo_ns8” Nascimento, and Ben “xLIVEPROx” Warrington along the way. They played nine-handed for about 20 minutes before “joolius” ended their day in ninth, setting off a series of busts.

They were down to five players left about 20 minutes later and play slowed again before “kiskutya23” was eliminated in 5th place about 20 minutes later. The final four players started talking about a deal and eventually agreed to reduce some of the very steep pay jumps at the top of the field.

Once the deal was struck, Nitsche went to work, eliminating Canadian “MrMarley83” in 4th, and then took a huge lead into heads up after busting “Artemka168” in 3rd when his dominated ace got there. Heads up action was very short, lasting only a couple hands before “GarbinaD” got almost 9 million chips in with king-ten and got called down by ace-nine. Nitsche held to knock “GarbinaD” out in 2nd for $112,609 while he earned a 30th birthday present worth $121,146.