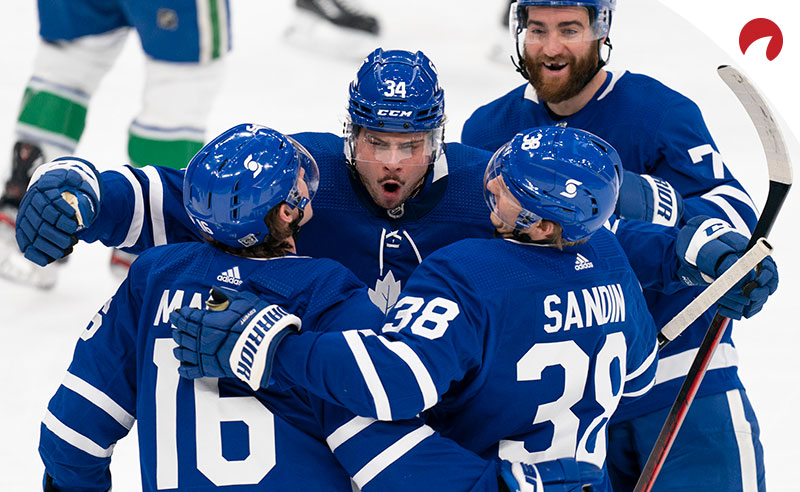 The 2021 NHL season is a month and a half old, and even in a campaign unlike any other due to complications surrounding the COVID-19 pandemic, the action on the ice hasn’t missed a beat.

So, which teams have the likeliest chances to go all the way? At online sportsbook Bovada, the Toronto Maple Leafs are the sole +700 favorites, followed by the Colorado Avalanche (+725), Tampa Bay Lightning (+750), Vegas Golden Knights (+750) and Boston Bruins (+850) at the top of the Stanley Cup odds list.

New to betting on hockey? We have a great NHL betting tutorial to assist you in placing a wager on Stanley Cup odds. To find the sportsbook that’s right for you to get some money down on the ice, head over to our Sportsbook Review page.

Here’s a look at the Stanley Cup odds for all 31 NHL teams to win the championship in the 2021 campaign.

Odds as of February 25 at Bovada

Last week, the Golden Knights, Lightning and Avalanche were all sitting as the co-favorites to win Lord Stanley’s holy grail. But the Maple Leafs have overtaken all three clubs since then to grab the top spot on the board thanks to a red-hot start to the season.

Toronto sits atop the North Division with a sparkling 15-4-2 record. The Maple Leafs have clearly enjoyed facing off against their fellow Canadian competition, and Toronto doesn’t appear to be slowing down any time soon.

The duo of Auston Matthews and Mitch Marner has been lights-out as always, as Matthews (18 goals, 13 assists) leads the team in points, with Marner (nine goals, 21 assists) right behind him.

Freddie Andersen has been stellar in between the pipes for the Buds. The Dane’s 11-3-2 record ranks as the best in the North for goaltenders.

The free-falling Canadiens were in need of a shakeup, and that change came in the form of a new coach when Claude Julien was fired on February 24. In his place, Dominique Ducharme takes over as the interim bench boss for the Habs.

The Habs are still in a good position to make the playoffs, but they’re going to need to turn things around quickly under Ducharme. Montreal’s Stanley Cup odds have fallen from +1200 to the current +1400 price since last week.

For the latest odds on which man will eventually take over as the permanent head coach of the Canadiens, check out our Montreal Canadiens Next Coach Odds article.