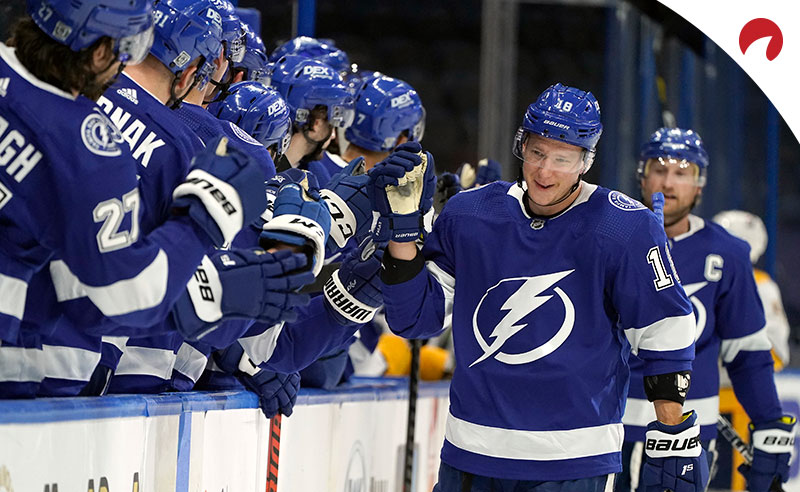 Almost a month into the 2021 NHL season, there’s been no shortage of surprises in a year when the league is managing plenty of twists and turns through the COVID-19 pandemic.

So, which teams have the likeliest chances to go all the way? At online sportsbook Bovada, the Colorado Avalanche and Tampa Bay Lightning are the +700 co-favorites to win the Stanley Cup, followed by the Vegas Golden Knights (+725), Toronto Maple Leafs (+900) and Boston Bruins (+1200) at the top of the list.

New to betting on hockey? We have a great NHL betting tutorial to assist you in placing a wager on Stanley Cup odds. To find the sportsbook that’s right for you to get some money down on the ice, head over to our Sportsbook Review page.

Here’s a look at the Stanley Cup odds for all 31 NHL teams to win the championship in the 2021 campaign.

Odds as of February 5 at Bovada

Two of the biggest surprises so far are the Montreal Canadiens and the Carolina Hurricanes.

The Canadiens, who opened the season with a +2200 chance to win the Stanley Cup, have seen their price drop all the way to +1200, tied with the Bruins for fifth-best on the oddsboard. Montreal sits second in the North Division at 7-2-2, behind only the Maple Leafs.

The offseason addition of Tyler Toffoli has made Marc Bergevin look like a genius, as the ex-Los Angeles King and Vancouver Canuck has nine goals and four assists through 11 games.

Carolina is off to a flying start in the Central Division, as the Hurricanes have won six of their first eight games. As a result, the sportsbook has shifted the Hurricanes’ odds to the current number of +1600 after opening them at +2200 at the start of the campaign.

Carolina’s attack has been led by Andrei Svechnikov (nine points), Sebastian Aho (eight points) and Vincent Trocheck (seven points), who have carried the load offensively for the ’Canes.

Both the New York Rangers and Vancouver Canucks have been major disappointments so far for a variety of reasons.

Vancouver has not enjoyed life in the newly formed all-Canadian division. The Canucks, who started the season with a +2800 shot to win the Cup, have fallen all the way to +5000 thanks to a lackluster 6-8-0 start.

The loss of goaltender Jacob Markstrom, who joined the rival Calgary Flames in the offseason, has been painfully evident. Neither Braden Holtby (3-3-0, 3.63 goals-against average, .896 save percentage) nor Thatcher Demko (3-5-0, 3.81 GAA, .897 SV%) has been up to the task of playing like a No. 1 goalie.

Fresh off drafting Alexis Lafreniere with the first overall pick in the 2020 NHL Draft, the Rangers looked like a solid sleeper pick to come out of the East Division at the start of the season.

New York started the year going 2-4-2 but is in better form right now thanks to wins against the Pittsburgh Penguins and Washington Capitals. The Blueshirts have plenty of ground to make up in order to get back in the good graces of oddsmakers, however, evident in their Stanley Cup odds dropping from +2500 to +4500 since hockey came back in January.