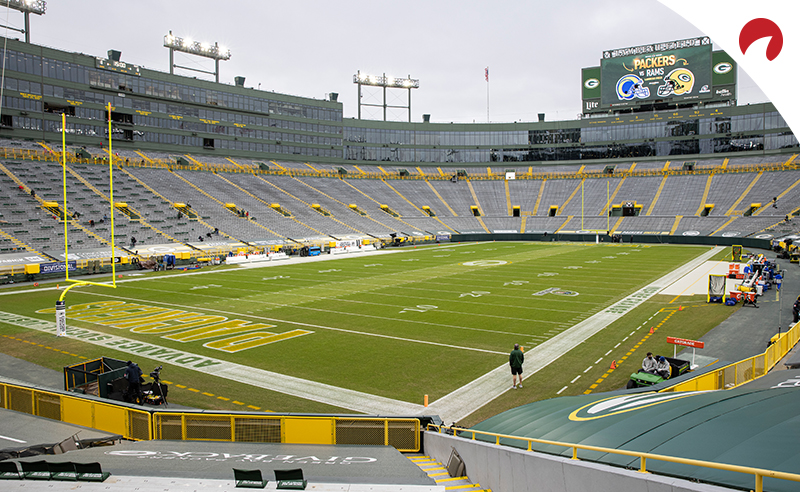 With the NFL divisional round in the rear-view mirror, we are down to the final four teams, and what an exciting pair of conference championship games are on tap. In the NFC, we have a historic matchup with Tom Brady and the Tampa Bay Buccaneers against Aaron Rodgers and the Green Bay Packers. In the AFC, it’s Josh Allen and the Buffalo Bills taking on Patrick Mahomes and the Kansas City Chiefs.

Online sportsbook Bovada has released a full array of NFL conference championships prop bets for the third round of the postseason, with options ranging from which team will score the most points to which players will register the most rushing, receiving and passing yards.

For all of the best props, check the tables below. For other up-to-date NFL playoff betting info, tips, picks and advice, head on over to our NFL page.

For now, let’s take a look at where NFL bettors can cash in this weekend on some of the best available conference championship betting props.

NFL Conference Championship Round Prop Bet: Most Yards Through the Air

Patrick Mahomes was cruising in last week’s divisional-round game against the Cleveland Browns before a hit to the head sidelined him for the majority of the second half. Despite missing that time, Mahomes finished second behind Aaron Rodgers for most passing yards in the divisional round.

The Chiefs offense is a behemoth and head coach Andy Reid always seems to be dialing up new and innovative plays. When the Chiefs played the Buffalo Bills in Week 6, Mahomes only had 225 passing yards. Much of the KC offense was focused on the ground, with Clyde Edwards-Helaire finishing with a career-high 161 yards, but the Bills rush defense is much improved since that performance.

All four of the quarterbacks on the board are on top of their game right now, so this is probably the toughest prop of the weekend, but you can never go wrong with Mahomes. His health status bears watching, though.

Aaron Rodgers struggled in his Week 6 matchup against the Tampa Bay Buccaneers but he has gone 10-2 since that game and is now the favorite to win the NFL MVP award. Rodgers looked unstoppable in the divisional round against the Los Angeles Rams and the top defense in the league. He has been on another planet for most of the season and he and head coach Matt LaFleur will look closely at the tape from their earlier encounter with the Buccaneers to see what went wrong.

In that game, the Packers were without the services of No. 2 receiver Allen Lazard, who led the team in receiving yards last weekend. The Buccaneers defense looked stout in forcing four turnovers against the New Orleans Saints last week, but with all due respect and fairness to the Bucs defense, this is Aaron Rodgers, and right now it doesn’t look like anyone can stop him.

Diggs Could Have A Huge Game

Stefon Diggs led the NFL with 1,535 receiving yards during the regular season and has had at least six receptions in every game but one this year, with that one coming against the Rams and elite cornerback Jalen Ramsey. He has recorded back-to-back playoff games of over 105 yards and a touchdown.

Diggs didn’t have a great game against the Chiefs back in Week 6, but he and Josh Allen were still trying to get on the same page. You can officially say that they are now on the same page and are one of the best quarterback-wideout combinations in the league.

Diggs is the +250 betting favorite to have the most receiving yards in the conference championships and it’s not far-fetched to think that he will have a big game. If he does, he could be a huge catalyst to help the Buffalo Bills reach the Super Bowl for the first time since 1994.

As mentioned above, Mahomes should lead all quarterbacks in passing yards this weekend, making Kelce an attractive option at +375. Kelce finished with the league’s second-most receiving yards this season (1,416), the most ever by a tight end. Last week, he was just one yard shy of the leader in receiving yards in the divisional round. Teammate Tyreek Hill had the most with 110, including a five-yard reception to close the game.

If you are taking Mahomes for most passing yards, then you have to go with Kelce or Hill at +350 – they always seem to be open. If Mahomes is good to go, then this offense will continue to be nearly unstoppable and a mismatch for any defense.

Aaron Jones Is The Best Option

There is no question that this weekend is all about the quarterbacks. So much so that I think Josh Allen might have the most rushing yards of any player, but unfortunately he doesn’t have any odds on the board so I’d go with the top player in Aaron Jones at +175.

Looking at the other running backs, they just don’t seem to feature at all in the playbook. The Bills barely run the ball, which is something that they will need to do in order to keep Mahomes off the field. Clyde Edwards-Helaire is still questionable, so it’s tough to go with him.

Although the Buccaneers have the best rush defense in the league, the Packers will try to give Jones every opportunity to run the ball. Last week he ran for 99 yards on 14 carries, which looks good on paper. However, if you take away his 60-yard run to start the second half, he was pretty well neutralized.

But Jones is the best home run hitter in the mix, capable of busting loose for a run of over 50 yards. That’s why if you want to bet on this prop, Jones is the safest bet.

Another tough prop bet, but I think the Buffalo Bills at +200 are the team likeliest to score the fewest points this weekend. The Chiefs don’t have one of the best defenses in the league, but they seem to play their best football in the playoffs. In their first matchup during the year, the Bills were limited to just 17 points, the exact number they scored last weekend against the Baltimore Ravens.

The Bills have gone UNDER in both of their playoff games and I expect that trend to continue this weekend. They will need to put up points to keep pace with the high-flying Chiefs but when looking at how well the other three offenses have played in the playoffs, the Bills are the team to bet on here.

Don’t Bet Against the Chiefs

Once again the Chiefs are the betting favorite to be the team to put up the most points. At +175, they are the strongest bet, especially if Patrick Mahomes plays. The Chiefs offense is nearly unstoppable, Andy Reid always draws up the right plays and the players execute it to perfection. The Bills will have a tough time stopping Tyreek Hill and Travis Kelce and both players should hit pay dirt in this game.

At +200 the Packers have the second-best odds to put up the most points. Despite putting up a season-low 10 points in their matchup against the Buccaneers earlier in the year, the offense is clicking and Aaron Rodgers is playing incredibly. The Packers offense has put up 30 or more points in seven of its last eight games.

While they don’t have the weapons that the Chiefs do, Davante Adams is one of the best receivers in the league and even Jalen Ramsey had trouble neutralizing him. They also have a great tight end in Robert Tonyan, and Allen Lazard is emerging as a great second option for Rodgers.

The OVER Is The Call Here

There is a good chance that each team puts up more than 30 points and both games are high-scoring, in which case the OVER at -115 odds is the right bet. All the signs point to the top offenses in the league scoring a ton of points.

Since it’s the game to get to the Super Bowl, I can see each team’s emphasis being on defense, but there are so many weapons on the field this weekend – with arguably the four best quarterbacks going at it – that it’s hard to not like the OVER here. When I see Rodgers, Brady, Mahomes and Allen, it’s like a bull in a china shop – no defense is safe. The offenses will be coming out to play and are ready to wreak havoc.