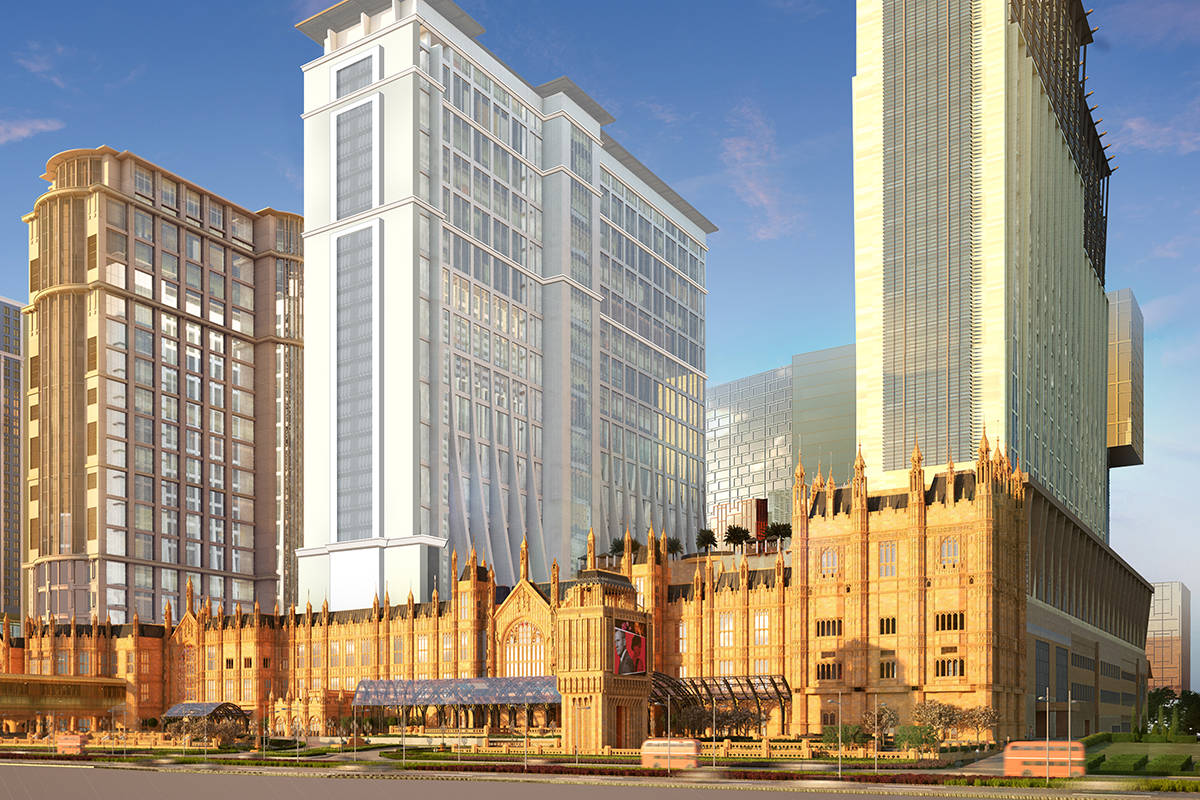 The project, a complete makeover of a strip of hotels known as Sands Cotai Central, when completed will feature replicas of the Houses of Parliament, Big Ben, a British-styled restaurant called Churchill’s Table and a pub developed by celebrity chef Gordon Ramsey.

Portions of the Londoner will open over several months through 2021.

It’s Sands’ third themed hotel featuring European city replicas with The Venetian Macao that opened in 2007 and the Parisian, which debuted in 2016.

“The Londoner Macao embodies our continued commitment to and faith in the Macao market, and is primed to be another truly iconic integrated resort in the company’s portfolio,” Rob Goldstein, Sands chairman and chief executive officer, said in a release. “This reimagining of Sands Cotai Central represents the unique vision of our late founder, Sheldon G. Adelson. Just as he brought Venice to Macao with The Venetian Macao, Sands now brings the rich culture, history and splendor of England to the Cotai Strip.”

Monday’s opening featured a performance by the 65-member Macau Youth Orchestra, as well as the Sands China Choir, which sang an a capella rendition of Queen’s “Bohemian Rhapsody,” and a video message from soccer star David Beckham, who has a role in in the development of two floors of themed hotel rooms in what will be known as the Londoner Hotel when it opens later this year.

“This integrated resort feels very personal to me and being part of the development has been an incredible project – not only is it bringing my hometown to Macao, but also the first David Beckham Suites,” Beckham said in a release. “I can’t wait to be back in Macao to see it all – it looks spectacular.”

The event also featured a tribute honoring Adelson, who died Jan. 11 from complications related to treatment for non-Hodgkin lymphoma.

Monday’s opening celebration showcased the resort’s ornate and elegant main lobby, the Crystal Palace. Designed in classic Victorian style, the glass and iron atrium features a stained glass ceiling that rises nearly 110 feet from the floor, providing sunlight during the day and a panoramic view of the night sky after dark. Victorian-era lamp posts line the patterned dark marble floor, along with a full-scale Shaftesbury Memorial Fountain featuring Anteros, the Greek god of selfless love, on its pinnacle.

The Review-Journal is owned by the family of Sheldon Adelson, the late chairman and CEO of Las Vegas Sands Corp. Las Vegas Sands operates six properties in Macao and one in Singapore.

This is a developing story. Check back here for updates.